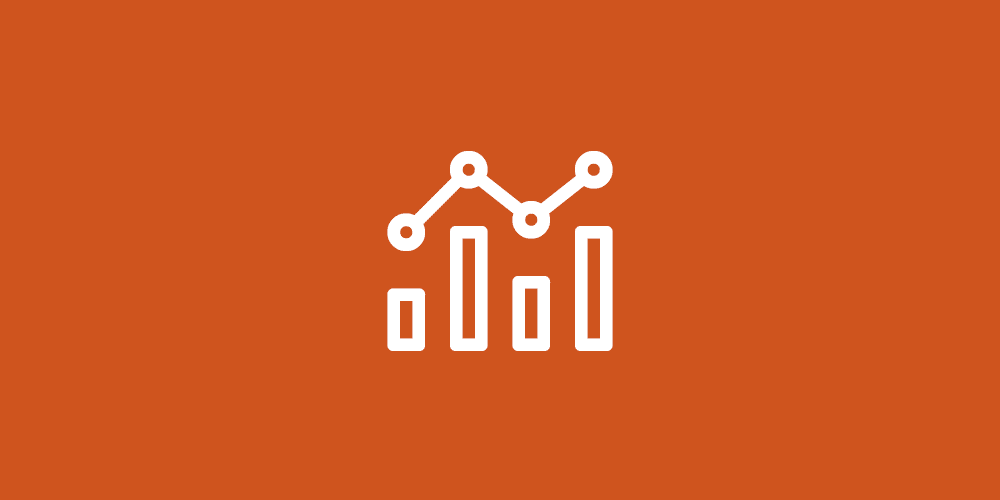 Does your website load painfully slowly? How often does your website go down? You may not be with the best web hosting provider. If you’re a blogger, these things means lost traffic and potential customers. If you’re an entrepreneur, they mean lost revenue.

Web hosting is crucial for business owners and bloggers to run their websites smoothly without any downtime, hackers or malicious software threats that are out there waiting to attack your site. The other factor is speed.

Since Google introduced it’s Core Web Vitals criteria for websites, the emphasis has shifted from elaborate design and somersaulting widgets to speed. And that shouldn’t come as a surprise. When Backlinko analysed SERP results for 11 million pages they found that although there was no evidence of a direct correlation between speed and ranking, the top ten positions were held by sites loading in around 1.6 seconds.

What this means is that you need to load fast, but speed is a ranking signal rather than a direct indicator of rank. By making your site 2 seconds faster, you may be making it fast enough but the ranking then depends on the content.

The challenge then is part technical part content. You need to remove all of the factors that will reduce your site’s chances of ranking. Put another way, it means that if your site has similar content to your competitor, and loads slowly, your site will be overlooked in favour of theirs. Woe!

The good news is that we have partnered with one of the best web hosts in the UK – Brixly – so when it’s time for you to find a reliable, fast web host provider, we’re here to help! We’ve put together this article to help you answer the following questions.

What is a Web Hosting Provider?

A Web Hosting Provider is a company or an individual that sells space on a web server, a web server or a cloud provider to others. The Hosting Provider is responsible for support and for all the software installed in the environment. These days, servers exist in datacentres owned by the likes of Google and Amazon. The new thing is Cloud Computing where resources are continuously in flux according to demand.

Hosting is complex and for this reason the industry has generated lots of hosting providers who add services to the bare bones service they get from a big provider. SiteGround for example host on Google infrastructure, layering on top of that service a beautifully intuitive interface and great support that make them very popular indeed with bloggers and small companies that don’t necessarily know how to write scripts or configure firewalls.

On top of that layer there is another layer of resellers that buy space on servers and share the resources between multiple clients. We are in this category. We have relationships with SiteGround in Europe and Brixly who are UK based and specialise in ultra fast, ultra reliable hosting. We resell quotas to our clients and layer on top a support service that covers WordPress installations. We migrate clients from existing servers to our servers and maintain and optimise their entire software stack for them.

What are the Characteristics of a Good Host?

When choosing a host I look for three things before everything else.

Most Web Hosting Providers offer discounts for the first year or month. The true cost to compare is the cost once the discount has run out.

Support needs to be top quality. Look for reviews in Google, look at Facebook groups such as WordPress Web Hosting for comments about the support and identify and ask people who really know what they are talking about. Be aware that most of the Facebook groups are run by affiliate marketers so take the recommendations with a pinch of salt.

I was going to call this section Hardware, but it is so much more than that!

A webserver is software that ‘listens’ for requests and routes them to the content management system. It generally sits at the edge of the infrastructure in what is called a DMZ, separated from the internal network by secured firewalls.

By far the most widely used web server is Apache. It’s been around since forever and reliably powers 32.8% of the internet (July 2021). It is the slowest of the three I’m going to mention.

Nginx powers 34.1% of the internet, created with the explicit aim of outperforming Apache, a task in which it succeeds admirably. A smaller footprint and can handle four times as many requests.

LiteSpeed Web Server is a growing force with 9.5% market share, double the capacity of Apache and using innovative caching techniques, lightning fast. There is also a WordPress plugin made by the same company that optimises WordPress performance. Together they make a formidable combination.

Storage refers to the machines in the back end where the applications are running and the heavy lifting occurs. Until recently storage has been the bottleneck in hosting systems.

Everything these days should be running on SSD. Spinning disks are from the ark. In terms of speed, SSD is way faster.

There is only one further question – NVMe or SSD?

SSD (solid-state drive) is a type of nonvolatile storage media that stores persistent data on flash memory. There are two parts, NAND flash memory and a flash controller optimized to deliver high read-write performance. SATA is the interface used to plug the SSD into the Bus. Unfortunately SATA dates from the days of spinning disks and although fast, (the fastest model will relay around 600MB/s in the wild) is not as fast as PCIe. Entry-level PCIe SSD speeds are two to three times faster than the older generation of SATA 3.0 SSDs

SSDs don’t have any moving parts, so no breaking or spinning up and down, as was the case with the old hard-disk drives with physically spinning disks.

Non-Volatile Memory Express (NVMe) is not exactly storage, it is the latest industry-standard software interface for PCIe SSDs and enables SSD to reach near Flash Memory speeds. NVMe is not mediated by SATA interfaces, instead it communicates directly with the CPU. Thus eliminating most of the bottlenecks in the older systems.

Here we’re talking about processor cores, look out for a ratio of 1 core to 1Gb memory. 3.2Ghz minimum.

Lightweight Virtual Environment is the protection that providers throw over the system to effectively partition resources and prevent one user from consuming all the processor cycles, memory and I/O. Usually this will be CloudLinux.

The combination to look for (in my opinion) is Litespeed Web Server and NVMe/SATA storage.

Essential. If you’re ever hacked (and you really shouldn’t be if you set up your systems properly), you can simply roll back to a pre-hack version.

All new plugins, WordPress upgrades and anything involving code must be tested first in a staging environment. I’ve known a single plugin upgrade take a whole site down. Far better not to happen in a live environment.

cPanel is the industry standard admin interface for hosting services. It’s actually more than that, it’s a toolset enabling web site owners to access functionality quickly and in a semi automated fashion.

Secure Sockets Layer encrypts data flowing between browsers and servers. This is absolutely essential for e-commerce for obvious reasons and Google disapprove strongly of sites that do not support it. Let’s Encrypt is practically standard these days although you can purchase certificates from Sectigo for example if you feel the need to have a “Rolls Royce” solution.

Softaculous is an auto installer – WordPress can be installed in one click – it will create the database, install the binaries and you’re done.

Malware scans should be run regularly. I always think that if the site and infrastructure are set up correctly then malware cannot be installed but it can. Malware, if unchecked can do immense damage to a domain, even leading it to be blacklisted. It’s reassuring to know that there’s a scan on the server and as an additional layer, a Web Application Firewall protects web applications by filtering and monitoring HTTP traffic between the application and the Internet. This offers protection against cross-site forgery, cross-site-scripting (XSS), file inclusion, and SQL injection.

Moving a Website from one provider to another is a skilled task. Most providers offer some level of support, whether it’s a plugin (SiteGround) or cPanel (Brixly). We migrate WordPress sites including multisite for many of our clients.

Mail is often provided by the hosting provider. Where it isn’t eg Microsoft Outlook then there isn’t a problem, but domain formatted email should be on offer.

Content Delivery Networks distribute static versions of web pages to multiple geographic locations so that they can be served fast. When a visitor requests content from your site, a copy is served from the visitor’s nearest server. That’s not all that they do. Cloudflare for example provides a WAF that secures the web site, preventing Denial of Service Attacks. Quic is able to cache dynamic content.

The Web Hosting industry has been in hyperdrive for quite a few years now. Originally the preserve of a few very large companies, a new pattern has emerged.

A hosting company is usually started by somebody with a real passion for web hosting. They devote themselves to sourcing the best hardware and providing excellent support. The hours are long but they are successful. Word spreads and soon they become fashionable. Upgrading the hardware and the now overstretched support team looks expensive. Investment is needed and as if by magic a large company appears and makes them an attractive offer. Fabulous!

The corporate world is rather different to the indie world and businesses that don’t make a profit soon founder. We’ve seen companies with good reputations acquired by a larger business, scale back their support, share resources between too many websites and fail to update hardware. A good reputation takes years to build and days to destroy.

As a result, we’ve always avoided super large hosting providers, preferring to work with indies who we believe to be customer focused, service oriented enthusiasts. We use Brixly who run datacentres in London, Germany and the US for our infrastructure and we’re happy that they fit that description today. Check out our review – How Good is Brixly?

If this has been useful, do pop a comment in the fields below, especially if you think we’ve missed anything. And of course, if you’re unhappy with your current host check out our Web Hosting Services.

Growing a business? We’ll deliver Insight direct to your inbox.

Once a month actionable tips to put your website front and centre..

Web design post pandemic is a different beast to even twelve months ago. In this article we’re going to discuss what’s changed and how to choose the best web design agency for your new site in 2021. How the Web Design Landscape has Changed since Covid-19 If lockdown taught us anything at all, it taught…

Using AWS to store large media is  a sensible decision if you are paying for web space by the megabyte. Let’s take a step back and compare various types of cloud storage and take a look at the type of media it may be sensible to host “offsite”. What is Cloud Hosting? This is the…

Our Google Ads strategy for small business was conceived in 2020 based on campaigns we ran for clients with less than 20 employees. None of them were e-commerce sites, all of them offered services and their intent initially was to draw attention to a single aspect of their business. In this post, we outline the…

From Strings to Things – a new SEO for 2022 This post explains why the focus of SEO efforts in 2021 should be on Semantic SEO. Content based optimisation rather than the keyword based optimisations we’ve been used to since the internet began. These theories have been around SEO circles since 2013 when Matthew Brown…